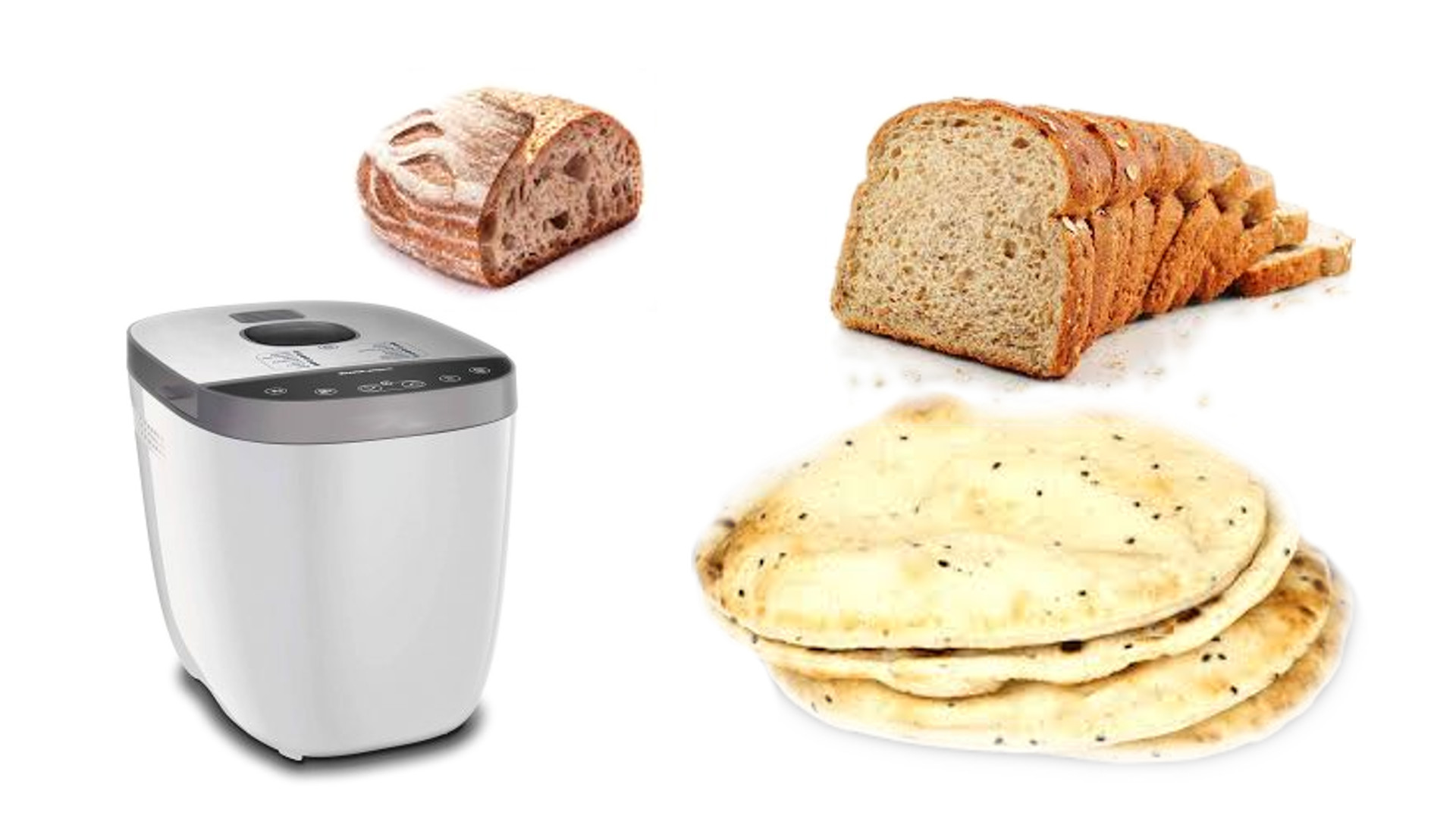 The bread maker is the best alternative to buying bread from the store shelf. The process of baking homemade bread, however, requires some time and effort. Most people have never made bread in the comfort of their homes. However, the use of automatic breadmaking machines avoids daily visits to the bakery, which is of great importance in the age of pandemics. The second huge advantage is bread without unnecessary additives such as conditioners and preservatives.

Is a bread maker necessary?

Like all machines, the bread maker only makes our task easier. It is not necessary home equipment. However, there is now no need to spend long hours in the kitchen to enjoy fresh bread every morning. Breadmakers usually have a built-in timer that allows you to set a specific time at which the bread will be baked, and the entire preparation process does not take more time than going to the bakery.

How is a breadmaker built?

The bread baking machine usually has a stainless steel or plastic housing. Both types of materials heat up slightly. The housing usually has a window installed, allowing you to control the mixing and baking process of the bread dough.

Inside the bread machine there is a baking mold with non-stick coating. Thanks to it, the bread can be easily removed after baking. Depending on the model, the form can be placed horizontally or vertically – the shape of the device also depends on it. There is one or more agitators directly in the mold, which after adding all the ingredients and running the selected program mix our dough. The stirrers remain inside during baking, so after baking they are removed from the loaf using the hook that is included.

The bread machine, despite appearances, can get us out of many different tasks. In addition to the obvious thing, such as kneading various bread mixes, we can also find recipes for sweet pastries and whole grain breads. You can prepare dough for pizza or dumplings or even marmalade in the device. The bread maker can also bake rolls. Numerous options and functions used in the models available on the market mean that the choice and answer to the question which bread baking machine to choose is not easy.

The functions of the machine. Which model to choose?

Some bread makers have a variety of functions, such as built-in memory, so that they resume operation after power is restored. Most breadmakers also have the option of delayed start, so you can put your favorite breadmakers, e.g. before going to bed and enjoying a freshly baked loaf in the morning. So what to look for when choosing a model for us?

Each bread baking machine allows you to prepare a classic loaf of white bread. However, the vast majority of them also have a number of special programs that allow you to make less standard, but also delicious bread.

Breadmakers are modern devices equipped with a number of innovative functions. Let’s check which of them, in particular, will facilitate our daily use and decide which bread baking machine to choose.

What else to look for when choosing a bread machine?

Before you decide which bread maker works best, be sure to check what to look for when choosing this type of device. Particular when buying a baking machine we should pay attention to:

In the case of this device, power primarily affects the maximum time during which the device can operate and the force with which the agitators will knead the dough. There are baking machines on the market with power from 450W, up to even 1200W.
If we are planning to make breads that require a long baking time, choose breadmakers with a power above 750W. They will ensure long work and stable temperature throughout the baking. The same power is also worth choosing because of the kneading process, which requires the right strength.

Another feature is the number of mixers. Breadmakers usually have one stirrer. It is a metal element located at the bottom of the chamber, whose task is to constantly move the dough. However, we also find devices with two mixers. Which solution should you choose?

Machines equipped with one agitator are best at making a loaf of weight not exceeding one kilogram. If we would like to make larger bread, there would be too much dough in the form for one mixer to mix them. In this case, we should choose a bread maker with two mixers.

It is also worth knowing that the bread baking machine can have a vertical or horizontal structure. There is definitely more of the latter, however, in stores it is usually also available in portrait orientation. What is the difference?
Vertical baking machines take up much less space on the kitchen counter. In addition, they provide slightly better mixing of the dough. However, they are only suitable for baking small loaves, because the vast majority of them have only one stirrer. Many also say that this type of form is more likely to make the dough not rise.
Horizontal breadmakers can have both one and two mixers. The bread is slightly less moist, so the likelihood of creating zakalce is less. It is also easier to supplement additional ingredients, such as grains or herbs during baking.

Is it worth buying a breadmachine?

Thanks to its use, we can enjoy fresh, delicious and healthy bread without preservatives and conditioners. Good bread from a vending machine is the basis of great well-being and energy for the whole day. Of course, you can use other food processor to make dough and bake it simply in the oven, but we need to spend a lot more time on this. Therefore, it is not only worth buying a bread maker, but you should also choose the best bread maker to be able to fully enjoy its possibilities.

1 thought on “Own bakery, or how to bake bread at home?”